Ali Rhodes has been our After School Care Director for the past nine years, creating a fun and nurturing environment for students of all ages. She also has ten years’ experience as an AMS lower elementary teacher, having taught at White Rock Montessori and Frisco Montessori Academy. Ms. Rhodes has a degree in the arts, and is passionate about science. Her after school program provides creative, thought-provoking activities. In her spare time, Ms. Rhodes is an active community volunteer, working with adults with intellectual disabilities as well as raising funds for the North Texas Food Bank. She has also served as an art museum docent providing children’s tours.

Emily Gutierrez graduated from Woodrow Wilson High School and Richland Community College receiving an associates of arts and an associates in early childhood education degree. Plans on majoring in education in the near future. She loves food, art, enjoys crafting, diy projects, and is interested in fashion.

Anassiri Valdez García has a passion for photography and anything Montessori. She got her first experience with Montessori education here at White Rock Montessori School and fell in love with the philosophy of respect and empowerment for the child.  She has an Associates of Arts from Richland Community College and got her AMI certification at the Primary level at the Montessori Institute of North Texas in 2016. She enjoys spending time biking, hiking and exploring with her 3 girls, her husband, Simona the hedgehog and Ghost their dog.

Lynn Newman has been at White Rock Montessori since 1998. She graduated from Keystone School in San Antonio and The University of Texas at Austin with a B. A. in biology. Following graduation, Ms. Newman worked as a research technician at Baylor College of Medicine in Houston, Texas. Later she taught math and science at a Texas public school. Ms. Newman took postgraduate work in education at Trinity University, the University of Texas at Dallas, and Texas A&M at Commerce. She trained to be a reading and dyslexia specialist at the Dean Learning Center and Scottish Rite Hospital. Later Ms. Newman studied at Southern Methodist University where she earned a Master of Education with a concentration in reading. While at SMU Ms. Newman  was nominated to PI Lambda Theta, a national honor society for educators. Recently she  was honored by the Dallas Branch of the International Dyslexia Association and the Academic Language Therapy Association for over thirty years of service. She is a Certified Academic Language Therapist (CALT), a Qualified Instructor (QI), and a Licensed Dyslexia Therapist (LDT). Ms. Newman is married and has two children and four grandchildren, some of whom have attended Montessori schools. She also enjoys reading, cooking, and spending time with her family.

Valerie Wheeler has loved music for as long as she could remember, and that passion led her to study music at the University of North Texas where she graduated with a BA in music education in 2004. After college, Valerie taught music and theater at The Clariden School and later taught at Crockett Elementary in Weatherford ISD. Valerie is certified in Level I of the Orff teaching method, and incorporates both Dalcroze and Kodaly methods in her music curriculum.  Valerie believes all children are able to sing, move, play and create.  She enjoys food, pop culture, and spending time with her husband, Ira and their three dogs, Memphis, Malibu and PBJC.

Coach Teddy has served as a coach, the Director of Coaching, and most recently the Director of Soccer Shots Central Dallas since 2017. Previously he was the Program Director for the Soccer Start program through the Colorado Rapids Youth Soccer Club and was a Soccer for Success Facilitator for the US Soccer Foundation. Coach Teddy holds licenses with the United States Soccer Foundation, the United States Soccer Federation, and the United Soccer Coaches Association. He has a Bachelor of Liberal Arts degree with an emphasis in Education from Colorado Christian University.

Coach Teddy has interacted with our students and faculty/staff for the past three years and his demeanor, professionalism, and presence with the children brings a strong component to our team. 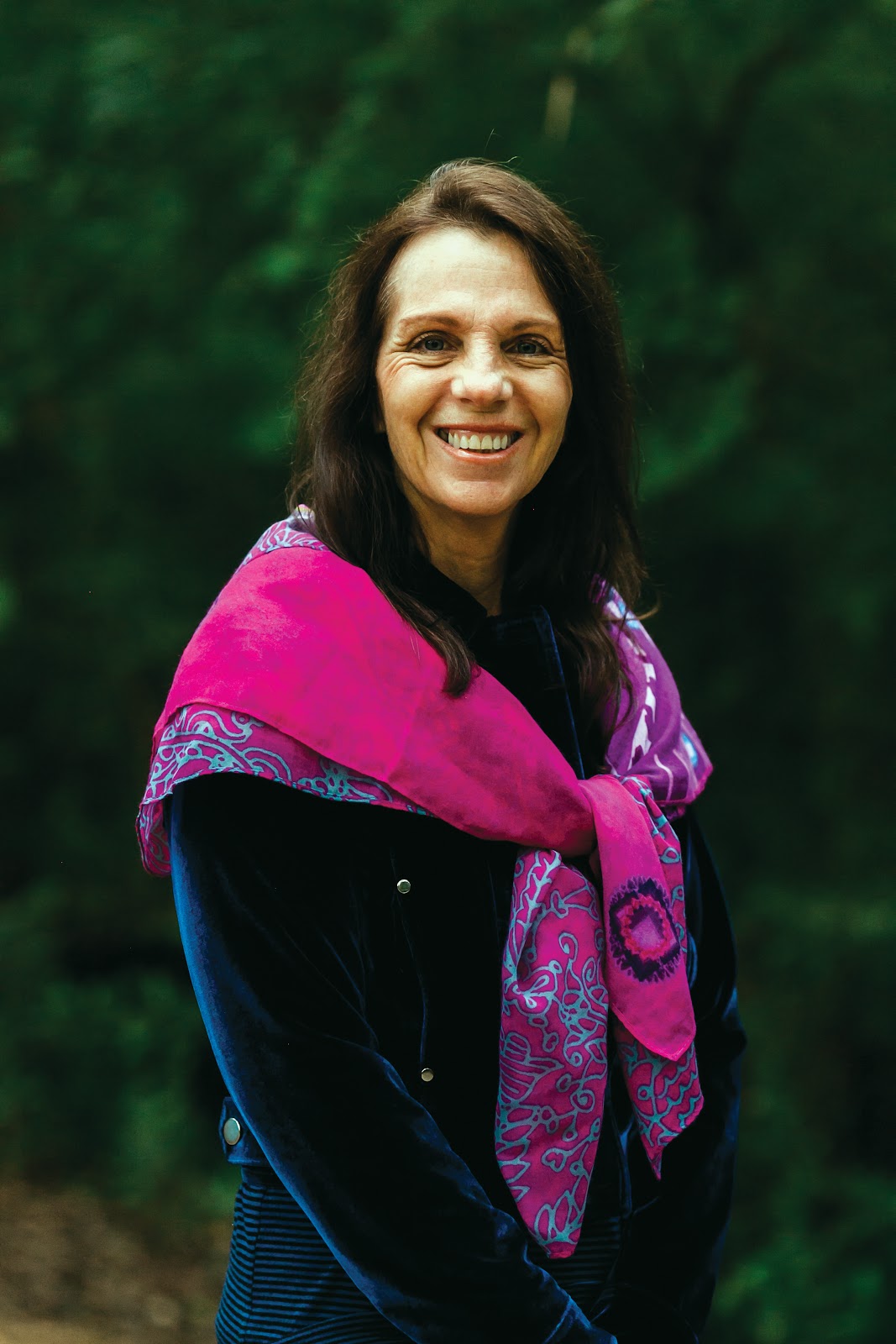 Amy is a California native who came to Texas to finish her Bachelors in music at UNT and work on a Masters in dance. She has been performing, composing and recording music professionally for over 2 decades. During that time Amy has also been a vocal and performance coach, teaching from her home studio.

Her interest and love for Montessori brought her to WRM over 16 years ago where her daughter attended for 11 years. During that time, Amy took Montessori courses and became a substitute teacher at multiple Montessori schools, leading her back to WRM. She has been a substitute teacher in all levels, a PE assistant coach for 3 years and an assistant in primary, MS and now UE. This year, she is facilitating the extended curriculum and enjoying it immensely. Amy enjoys yoga, everything outdoors, exploring and spending time with her loved ones.

Emely Galiana first experienced Montessori at Robert Muller School in Fairview, Texas. She taught Spanish and Jewelry Design there for 10 years while her children attended the school. Emely has a BS in Accounting, but her true passion lies in education. She has taught Jewelry Design at SMU and through the city of Frisco and Plano. Emely has two children, Felipe graduated from WRM last year and Miranda is currently attending the UE classroom. She enjoys making jewelry, practicing yoga, and listening to cicadas. She also loves spending time with her children,cat and husband.

Ginger Wyatt became involved in Montessori education through her three boys and fell in love with the respect and discovery inherent in the philosophy. After studying engineering at the University of Michigan and education at the University of Alaska, she went on to work at the University of Alaska Anchorage as a lead Horticulturist and Master Gardener, designing landscapes, managing their greenhouse and curating an extensive interior plant collection.  Environmental and outdoor education has been an underlying theme, from working in the Rocky Mountain and Roosevelt National Parks as a guide to leading education programs at a Raptor Rehabilitation Center in Alaska. Ginger has brought EcoLab, a hands-on science program, to WRM and is thrilled to bring her passion for the wonder of nature through Forest School this year. She enjoys spending time with her husband and children and fills her tank through backpacking, camping, gardening, biking, writing music, knitting, quilting, botany, and all things outside.

Holly Weinstein is a native Texan who grew up in Richardson, and married her high school sweetheart.  The arts have always been an important and vital part of her life. She attended The College of Art and Design at Lesley University in Boston, Massachusetts and received her BFA in illustration. Holly has worked as a freelance illustrator/ graphic designer for businesses ranging from one-person companies to multi-national corporations; she has also illustrated over a dozen children’s books.  While simultaneously working as an illustrator, Holly also taught art for eleven years at a private studio in North Dallas.  It was here that she found her passion for teaching.  Holly loves tending to her garden, and enjoys doing any creative work with her hands, including knitting, crocheting, painting, and drawing. She lives in East Dallas with her son, daughter, husband, and two dogs.

Nallely graduated from the University of North Texas at Dallas with her bachelors in psychology with a spanish minor in 2019. She has worked for WRM for the last three years as the Spanish and ASC assistant. She will be interning in the primary 2 classroom this year while she works on obtaining her AMS certification. Nallely enjoys spending her free time outdoors with her family and dogs.

A Dallas native, Britt completed her Masters of Arts Degree at University of Texas at Dallas in Arts and Performance.  Currently, Britt is enrolled in the Masters of Teaching Degree program at Dallas Baptist University. Britt has been teaching children and adults since graduation, both as a Master Yoga Teacher and an Upper Elementary Teacher at the June Shelton School and Evaluation Center.

Through her experience in performance, on TV and stage, Britt has been able to develop her creativity which she hopes will add fun and variety to her work with children at WRM.  Britt’s greatest joy is time with her two sons who are both enrolled in Montessori programs.